A Process to Bring you Better Bacon Unitherm Food Systems recently received a patent for its process for producing pre-cooked bacon slices in a spiral oven. The process uses superheated steam in an air-free environment to make bacon in an industrial food processing facility that’s just as delicious as bacon pan-fried at home. The patent was filed in February 2012 and granted on December 6, 2016. The company received a European patent for the same process in December 2012.

“Bacon is a difficult product to cook consistently,” said David Howard, Unitherm’s Founder and CEO. “The thinness of the bacon slices, the short cooking times, and the high fat and water content pose challenges for continuous cooking systems. In the United States, most bacon is pre-cooked in a microwave. Because of how microwave energy works on fat and water, the final product is much different from home-fried bacon in taste, texture, and appearance. Continuous microwave systems also have a large footprint. As bacon’s popularity grows and it becomes incorporated into more products, processors are looking for ways to produce better bacon more efficiently. Our spiral oven process allows them to achieve all of these results.”

In Unitherm’s process, the bacon slices enter the oven at a lower inlet and then spiral their way around the cooking chamber to an upper outlet. The air in the oven’s cooking chamber is replaced by superheated steam, which creates a “substantially oxygen-free environment” where the bacon is cooked and browned. Crucially for achieving the pan-fried quality, the fat from upper bacon slices drips down to baste the slices at lower levels. This process can be tuned to produce bacon slices of any desired crispness and color.

Not only does this process produce consistently better bacon, it also takes up less space and is safer than other commonly used processes. Compared to both continuous microwave systems and continuous linear oven systems, spiral ovens are more energy efficient and have a much smaller footprint, while still maintaining the same or higher level of throughput. They also decrease the significant fire risk presented by linear circulating air and impingement oven systems. The Unitherm process for bacon is already operational in the United States, Canada, Mexico, the Netherlands, Poland, Iceland, and Belgium.

Demand for innovative thermal processing technologies is growing rapidly as food companies seek ways to improve quality, boost throughput and efficiency, and become more flexible to keep up with consumer trends. Visit Unitherm’s YouTube channel to watch the spiral oven in action in a variety of applications.

Unitherm is known for its innovative approach to the design and creation of thermal food processing equipment and systems to maximize yields while enhancing safety and profitability. From cooking and chilling to pasteurization and freezing, Unitherm provides best-of-breed continuous thermal food processing equipment to maximize quality, production efficiency, and safety. 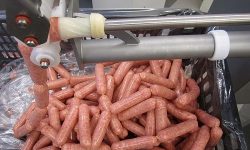 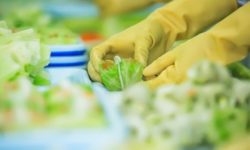