Smit Zaveri has been a vegetarian since childhood. A few years ago, he decided he wanted to eliminate animal products from his diet entirely.  “When I tried to look for vegan ingredients and supplements in Australia, I wasn’t finding a lot of options, and those that were available were very expensive,” he says.

At the time, Zaveri – an accountant by trade – was Head of Finance of the Complementary Medicines Group (CMG), a Sydney-based service provider to the complementary medicine, food and pharmaceuticals industries. “I ended up changing roles within the company a few times,” he says. “I moved into procurement, then planning, and even worked as the general manager.” Working across different areas of the business gave Zaveri a comprehensive understanding of food and supplement production in Australia. Soon, he had an idea: why not start a company himself focusing solely on raw ingredients for vegans?

With CMG’s blessing, Zaveri struck out on his own, founding The Health Ingredients Co. (THIC) in mid-2018. “My two main goals were to increase the number of raw vegan ingredients that were available in Australia and to keep them affordable,” he says. “I began to import from all over the world.”

THIC has quickly carved a niche for itself in the Australian market as a specialist in plant-based nutrition, focusing on vitamins and minerals, for example, B Vitamin Complex & Vitamin D3 from Quinoa sprouts, Iron from Curry Leaves etc. “Many people are distributing plant-based proteins nowadays, like pea protein, but plant-based vitamins and minerals is something really unique with us,” says Zaveri.

What’s more, THIC sources organic ingredients wherever possible and avoids vitamins and minerals extracted from controversial plants such as soy. One example is THIC’s organic vitamin E. “Traditionally, a lot of conventional vitamin E has come from soy beans, but a lot of people these days want to avoid soy products, so we have a vitamin E supplement that comes from sunflowers,” Zaveri explains. THIC’s other innovative vegan vitamins and minerals include DHA sourced from algae rather than fish oil, magnesium sourced from rice and bio-available creatine. A long list of herbal ingredients – from ashwagandha extract and caffeine to valerian extract and St John’s wort – further bolsters THIC’s inventory.

The company also distributes a range of specialist protein products, including organic pumpkin seed protein, organic rice protein and cranberry protein. A new addition for 2020 is a protein product derived from fenugreek seeds, which are popularly used in Indian cooking. “The product comes in two forms: flakes, which are suitable for cereal formulations and bar formulations; and powder, which can be used in protein powder formulations,” says Zaveri. “Both forms contain 25 per cent protein and 60 per cent fibre.”

He adds: “The protein component is, of course, very beneficial but the product also gives 60 per cent fibre, which is really good for guts.” And consumers needn’t be concerned about a strong taste. “Usually, people’s concerns with fenugreek is that it can taste bitter but this formula tastes very neutral and won’t impact products negatively from a taste point of view.”

According to Zaveri, THIC’s sales volumes have already exceeded his hopes – a reflection of the increased interest in healthy eating, vegan ingredients and veganism in Australia. “The organic and vegan segment is definitely growing,” he says. “More and more people want those products.”

He continues: “Customers are becoming more discerning. A decade ago, people would shop for a multi-vitamin and would just look at the ingredient list. But now, consumers want to know how each ingredient has been sourced: is it natural, is it synthetic, is it cruelty-free? They have a checklist of things and they won’t necessarily just go for the cheapest product.” 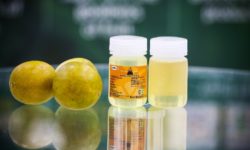 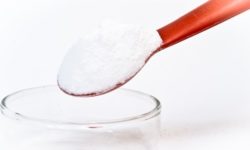 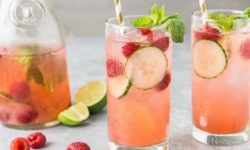